qualified in medicine at the London School of Medicine for Women in 1923, and in the following year joined the staff of the London Homoeopathic Hospital. Here she came under the teaching influence of John Henry Clarke, Charles Wheeler and Douglas Borland, himself a former student of James Tyler Kent.

She obtained her M.D. from the University of London in 1928. During her career she combined a busy homoeopathic general practice with her hospital work, which culminated in her appointment in 1966 as Honorary Consultant Physician to the Royal London Homoeopathic Hospital.

She was admired by her patients for her concerned approach, kindness, and skill. It is as a brilliant teacher, whose vivid descriptions of various constitutional types of patients became engraved in the minds of her listeners, that her undergraduate and postgraduate students remember her. It was this deep understanding of the characteristics of the individual remedy that formed the basis of her international reputation. 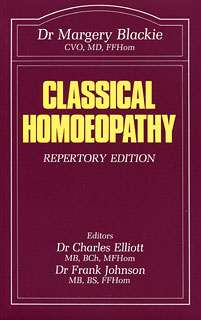 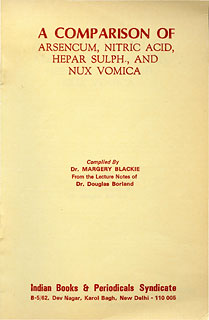 A Comparison of Arsenicum, Nitric Acid, Hepar Sulph. and Nux-vomica