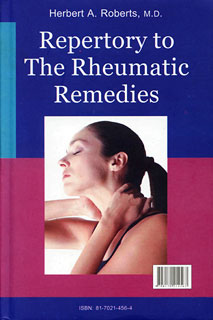 Repertory to The Rheumatic Remedies