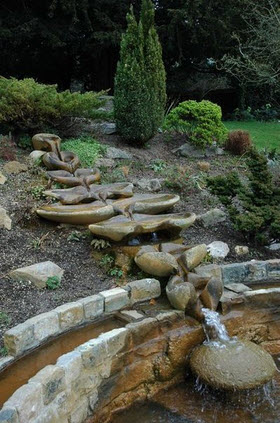 A year ago, a 39 year old woman visited me. She sat down and started crying. She said: “I am pretty sure that even you will not be able to help me. My husband and I have been trying to have a baby for the last three years. We underwent many examinations but no physiological abnormalities were found. The problem is probably the fact that we are second cousins.” Then, she started to cry even more loudly.

A gynecologist, who is treating her for the sterility, has discovered their family relationship and according to his experience, it is the reason why they will never be able to have a baby. It would be better for them to accept this fact and stop trying to get pregnant. He said this a week ago and since then, she has been crying, as she is unable to accept it.

The woman is very nice, mild, and intelligent. She is lean and small, with dark hair, sportily dressed.

Family situation
She has a very good relationship with her husband. They are finishing the design and construction of their new house, which she likes a lot. They do not have any financial problems. Her husband is a musician who travels a lot around the world. She does not mind it, quite the opposite. She lives with her parents for now.

Her relationship with her father is not very warm because he cares for himself first but nevertheless, supports the family financially. She became accustomed to this and does not rely on him. She is, however, best friends with her mother. After saying this, she starts crying again.

Her mother has had a second relapse of cancer, which was first diagnosed three years ago. She is very worried about her mother. She is the only one who takes care of her since her father does not seem to be interested. She is angry with him because he is not interested in his wife’s condition and ignores the whole situation. “It is important for me that my mom recovers. A year ago, we finally overcame cancer together. It was horrible. For a while, it seemed that she won a battle with cancer but here it is again." She feels very miserable because of it.

Analysis
During the analysis, I felt that the only significant problem in her life, which could be a cause of her infertility was her mother’s cancer. I had a feeling that she was exhausted and frightened because of her mother’s state and the incessant care for her. I evaluated it as exhaustion from taking care of a close person who is sick with cancer. It is one of the main themes of the remedy Chalice Well water, which was first proved by two Guild meditation groups in 1996 and reproved in the Slovakian Academy of Classical Homeopathy in two separate classes in 2012 and 2013, using a remedy made by Helios Pharmacy.

Follow up
After two months, the patient wrote me an email, telling me that tests showed an increased level of prolactine. Her doctor prescribed her a medicine and she asked me how she should proceed. I replied that she should wait a while before taking the medicine. After two days she called me and said: “I have increased prolactine because I am expecting a baby! Thank you, thank you!”

The fervent thanks from a future mother, whom I helped realise her dream, resonated in my soul for a long time. Today, little Elly is two months old and is a happy and healthy baby.