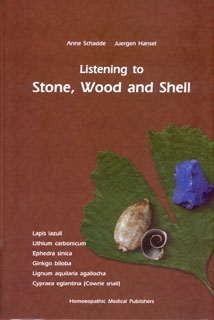 Listening to Stone, Wood and Shell