After serving in the Royal Air Force for eight years, Jack Hoare used his gratuity payment to enrol at the University of Liverpool's Veterinary School, qualifying as a veterinary surgeon 1965. He ran a busy companion animal practice in Bristol for 35 years.

In 1984, Jack attended an introductory seminar on Homeopathy for Vets and, although his tennis elbow improved after taking the remedy Rhus Tox as suggested by the speakers, he was unable to accept that it was not due to spontaneous resolution. Although still rather sceptical, after attending another introductory session, this time at the Royal London Homeopathic Hospital, Jack decided to try homeopathy in his practice. It appeared to work for him and his patients, so much so that by 1999 he was using homeopathy alone on over 80% of medical cases attending his surgery. Upon semi-retirement to Lyme Regis later that year, Jack established a homeopathic referral practice. 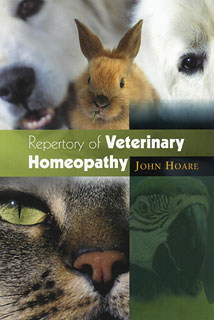