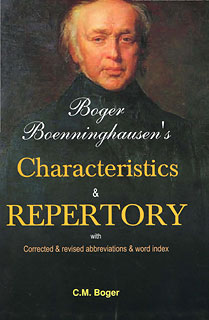 We'll send you an email as soon as Boger - Boenninghausen's Characteristics & Repertory is available again.